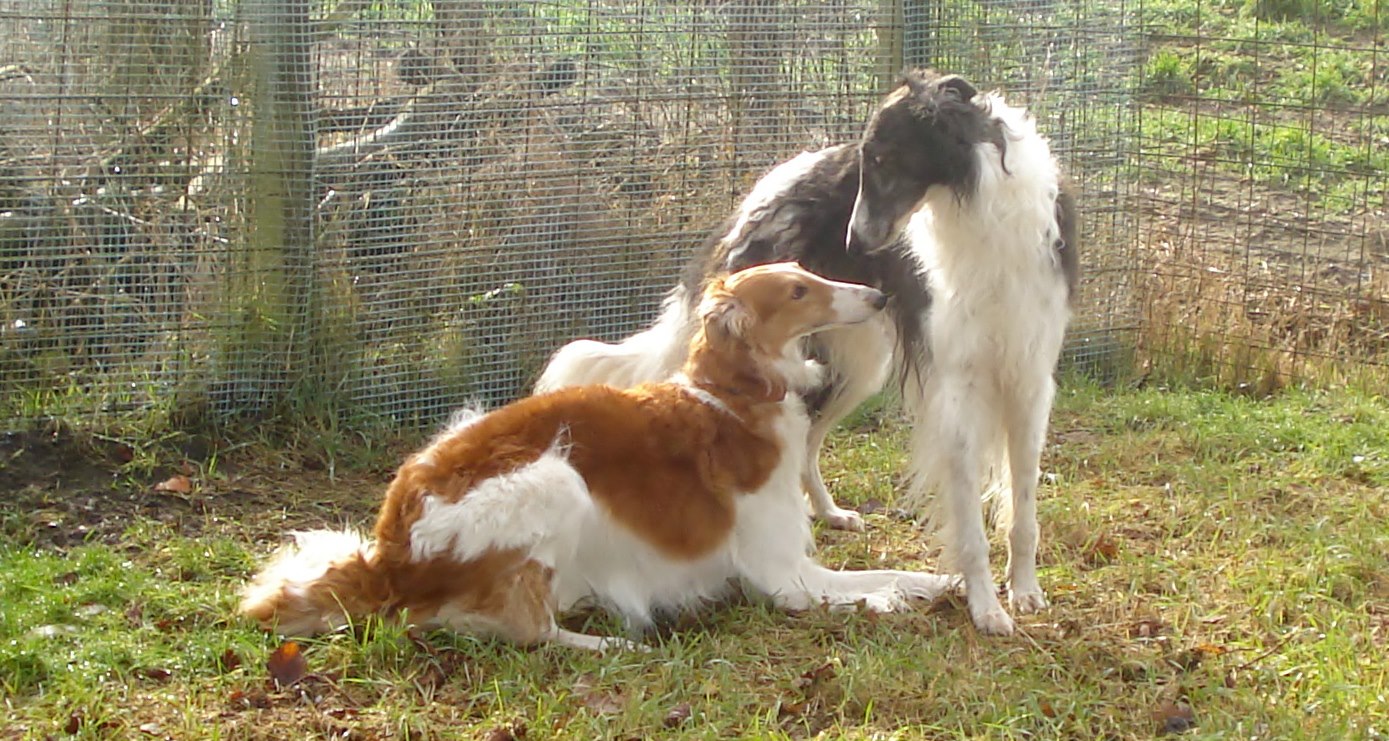 The father is LADIANOV AUS DEM ZARENREICH. He have a very nice and strong bones. His limb angulations are correct and parallel. He and his predecessors have correct complet toothing. Ladianov have correct, nice topline and excellent-, deep chest. His movement is wonderful. He is very kindness and obedient male, but however he is really great hunter. He have a normal height, very strong male, I think whom need in the breeding of this wonderful breed. He have nice results and he have DM (Degenerative Myelopathie) test, where the result is N/N (ergo perfect result). Ladianov's father is Ulanov Troykaia Polozovich de Xanishka, most succesful and many BIS winner, he live in Belgium; Ladianov's mother is Aischa aus dem Zarenreich, out of very succesful Charmeur van Pazjino and champion Preletna aus dem Zarenreich. Aischa is sister of Anischka, who had only one litter, where born 11 puppy, they won 5 World and European winners. 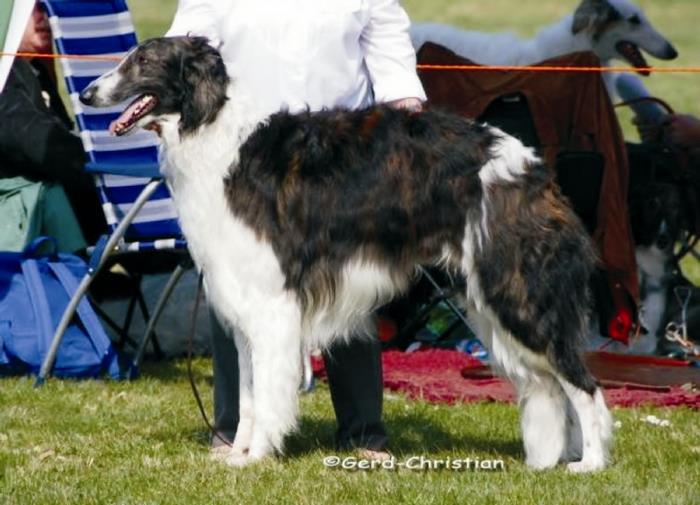 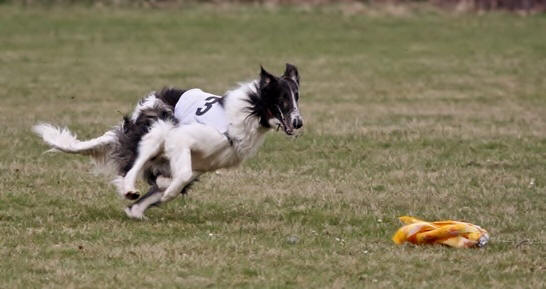 The mother is my, really succesful. HJCh. HCh. HGRCh. HSCh. ICh. / CIB. Bdsg. Cárok Öröksége Aphrodite "Samantha". She is tipical French. She Is not big (73 cms height), but strong and muscular, yet elegant with a classical Barzoi head, nice long neck & wonderful, energetic flying movement. Samantha has a intesive fire red color. She and his predecessors have correct complet toothing! Her character is very interesting, she very kind with us, mistrustful of strangers, she isn't agressive, but she protect the house and her family.
She got her speciality titles from the breed specialist judge, like Mrs. Lisbeth Mach, Mrs. Marie Christine Delabelle, Mr. Guenther Ehrenreich, Mr. Kazimierz Rychlik, Mr. Tamás Jakkel dr., Mr. Andras Korozs... and more recognized judges from 11 countries. Her father is the very succesful MultiCh. Voursk de l'Hermitage d'Eole (who has only two litter) out of Ruslan St. Rogoff Impérial de Perchinosskaia & Sibelle az Aftab Faizabad. Her mother is the lovely Ch.Szellőtánc Zakifi Tasha (who has only one litter) out of the wonderful red male, Ch. and big hunter Atamán Imya Zaki & the beautiful Ch. Dober-kopp Dobai Déli Szél. 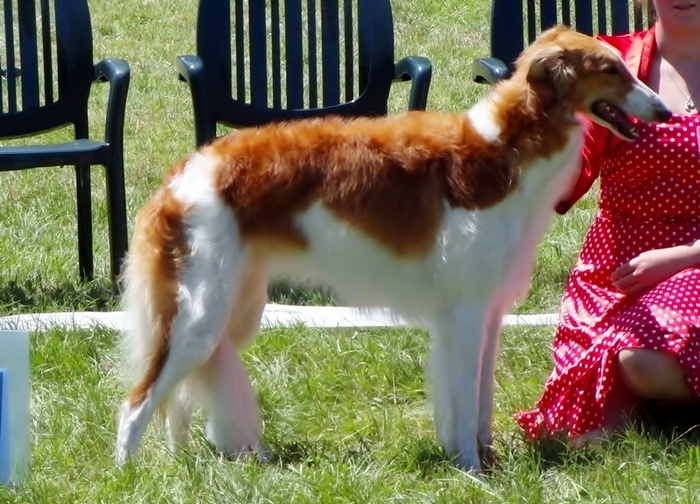 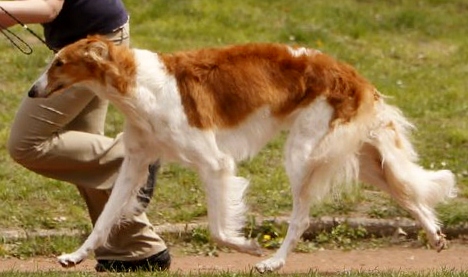 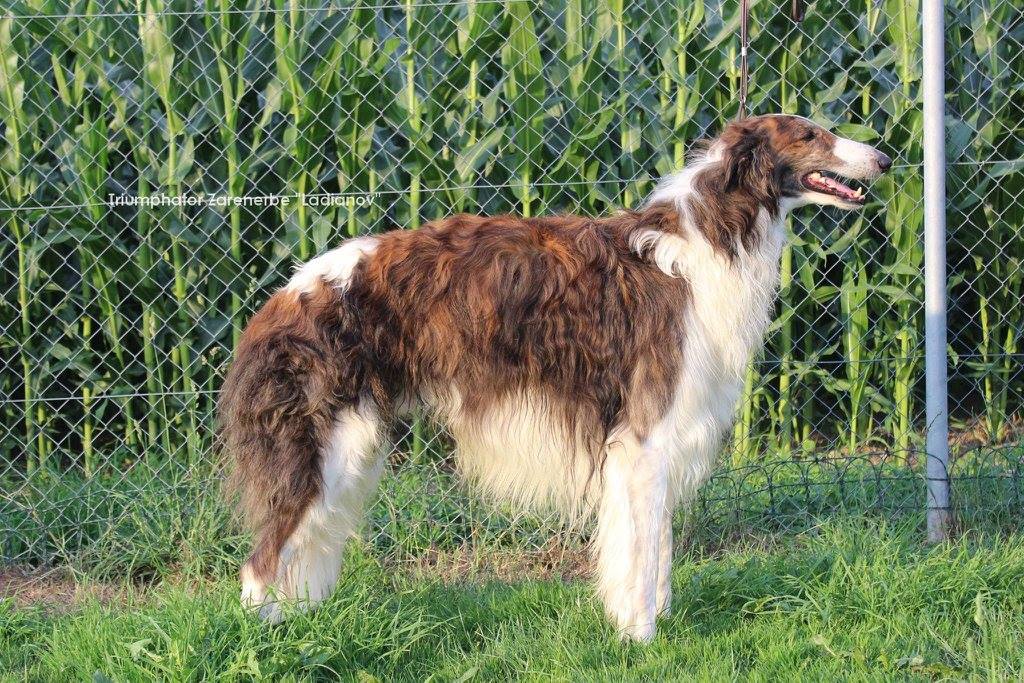 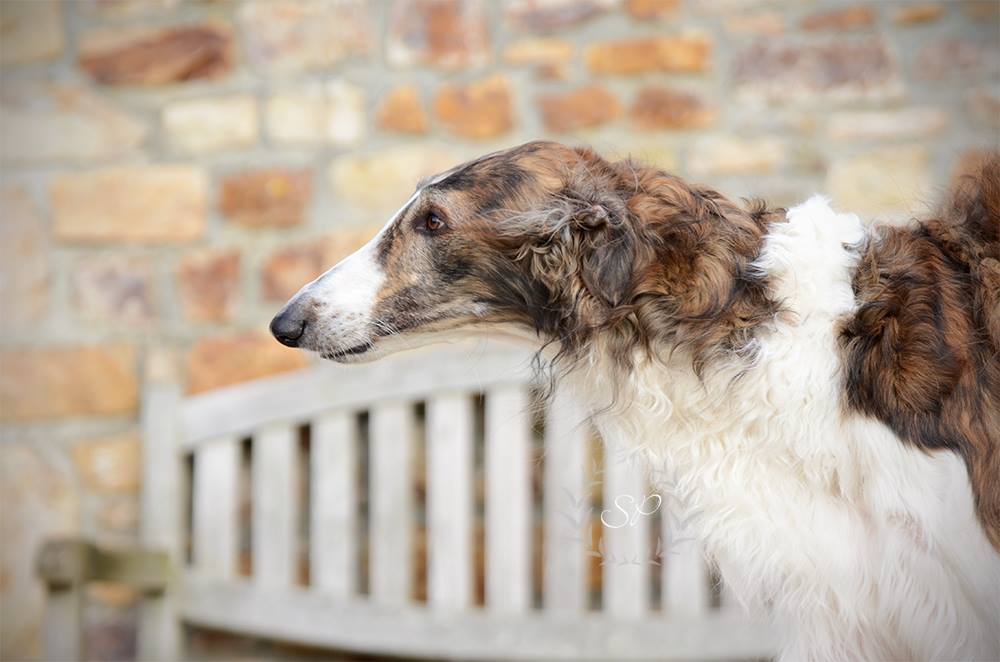 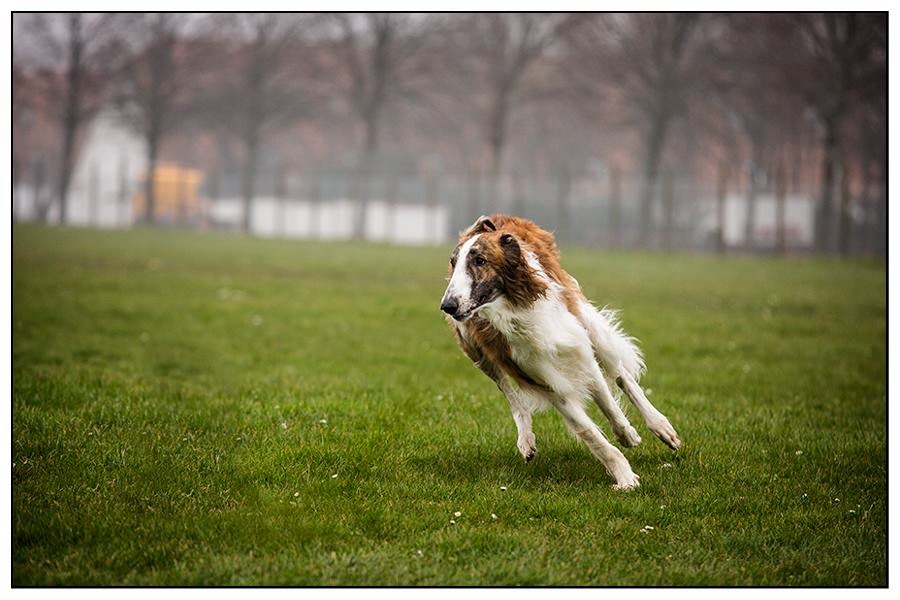 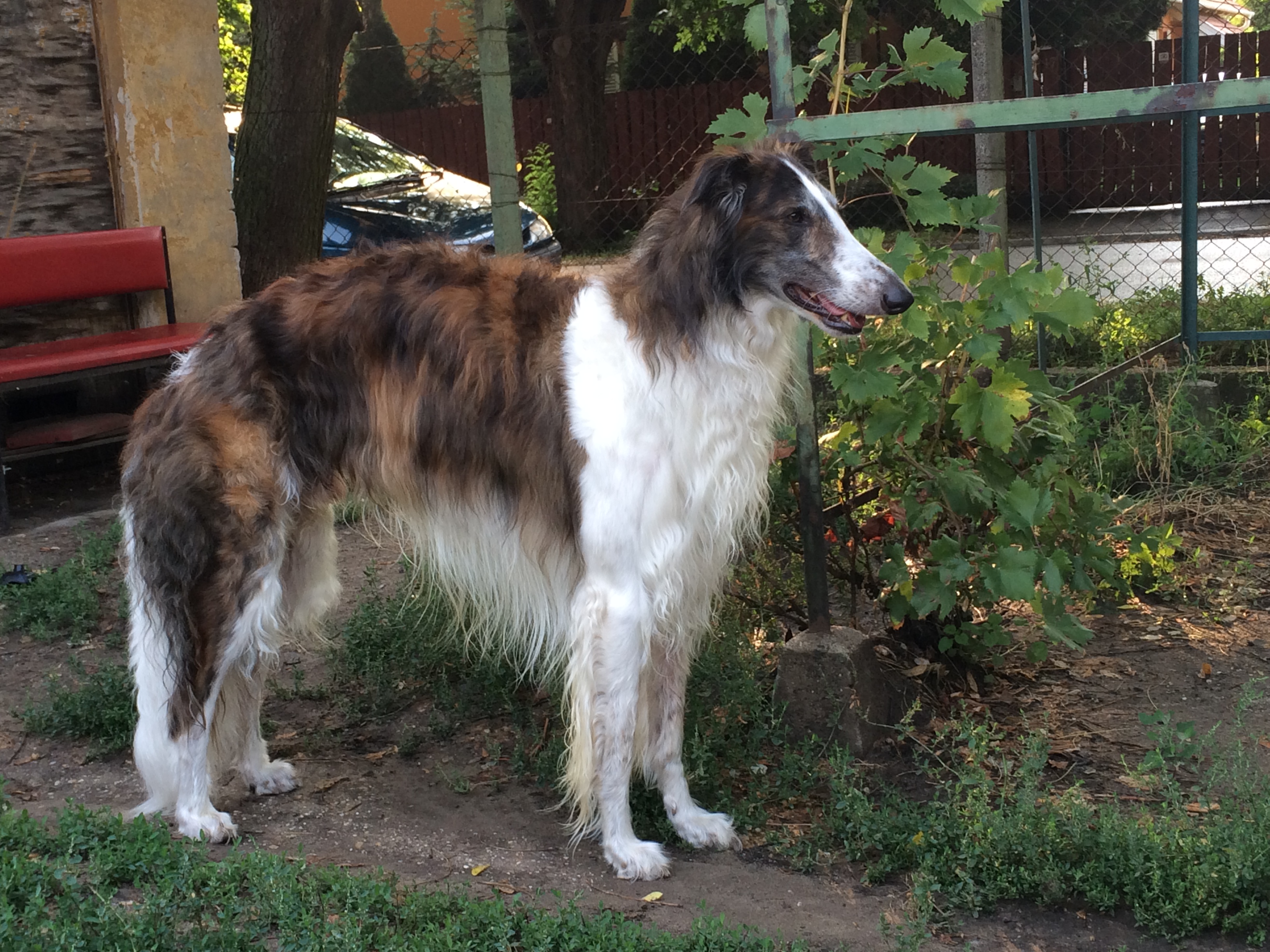 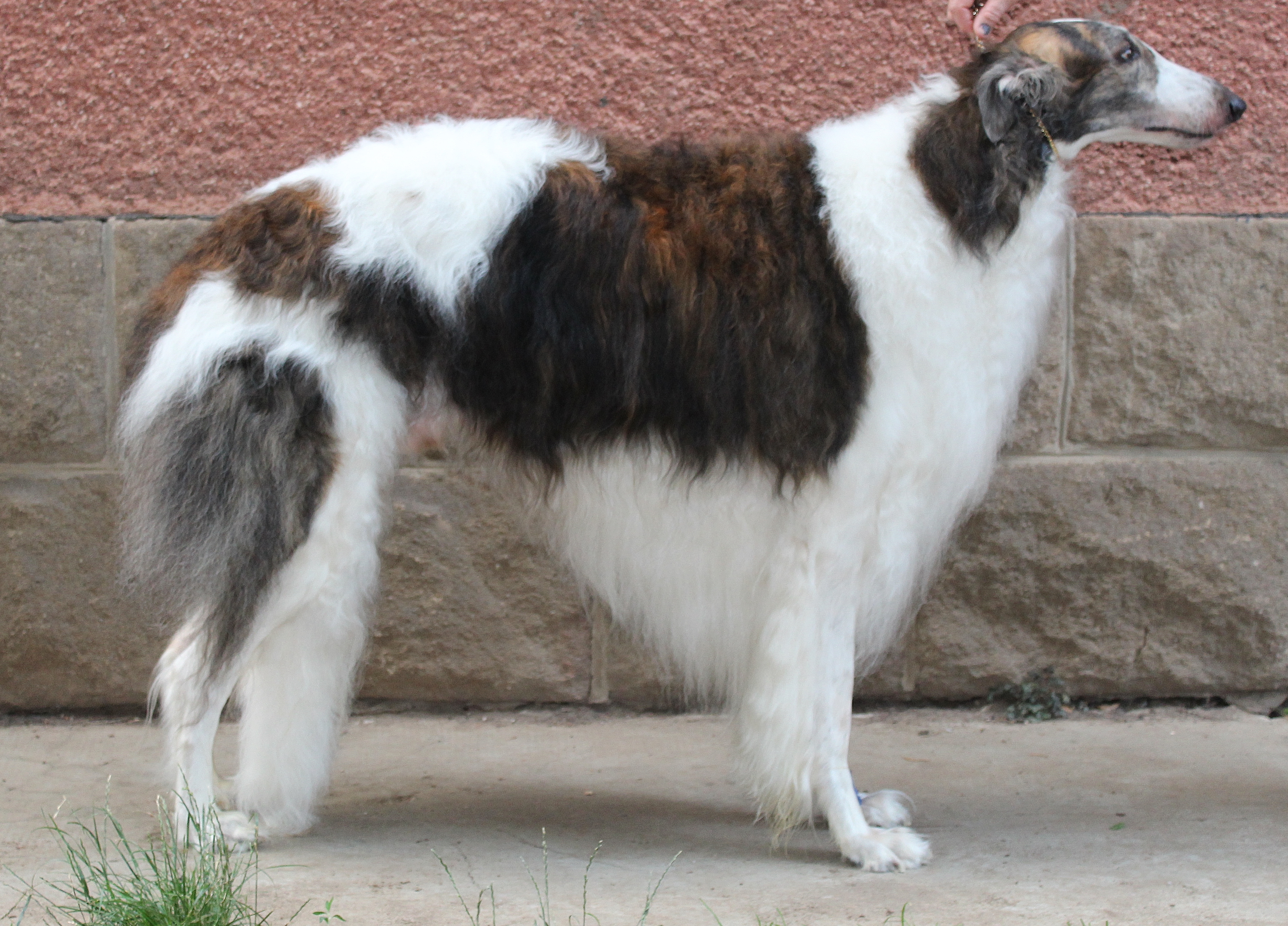 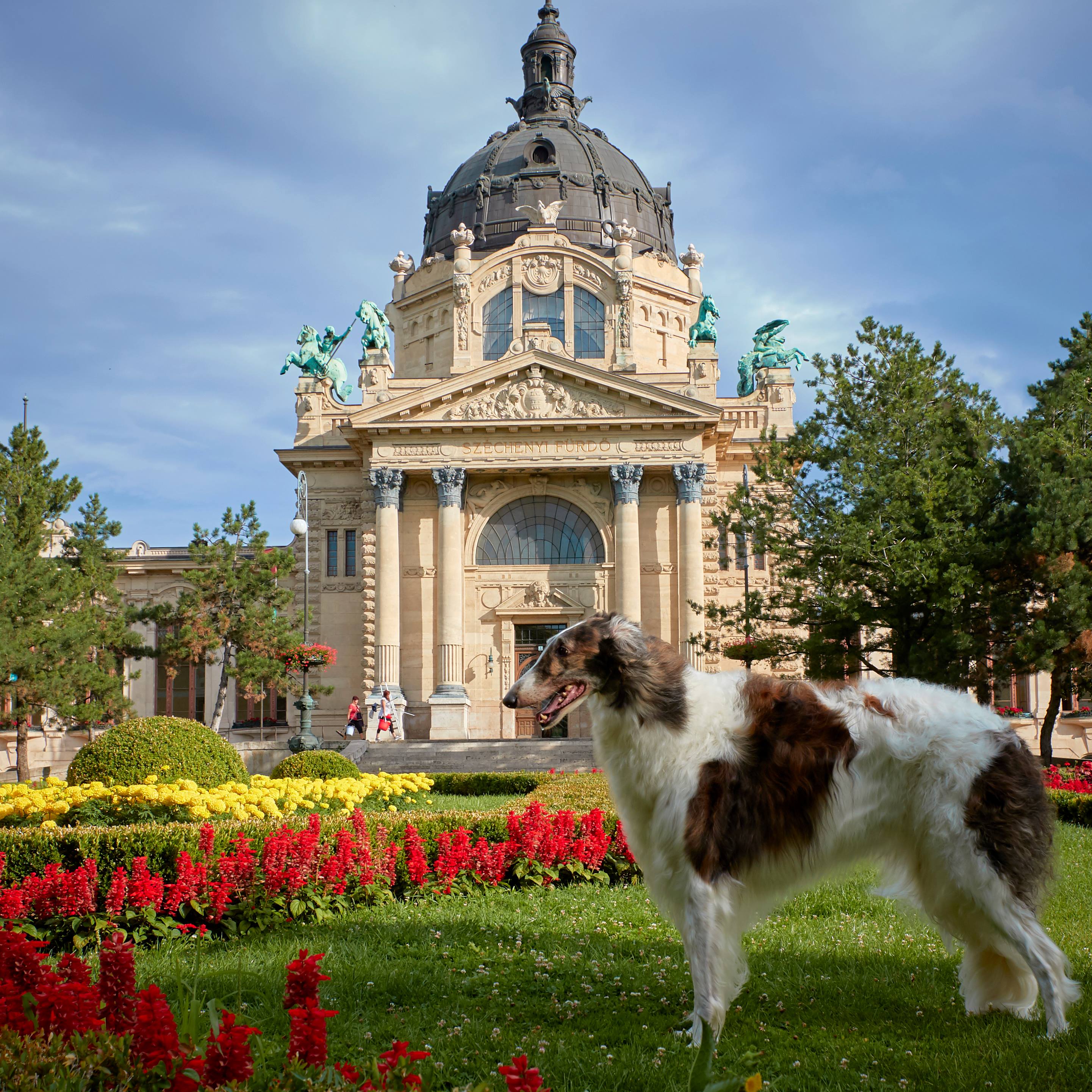 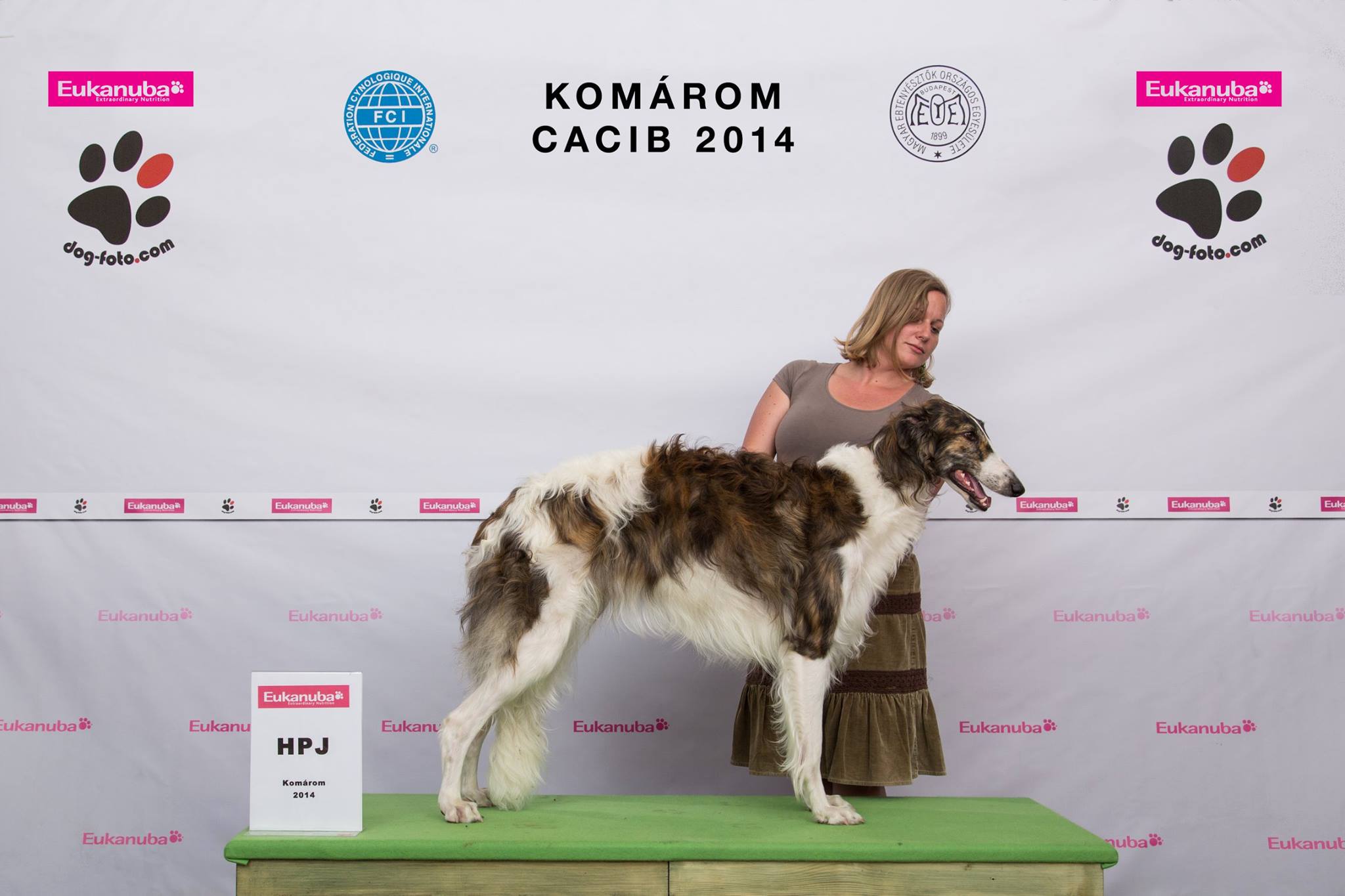 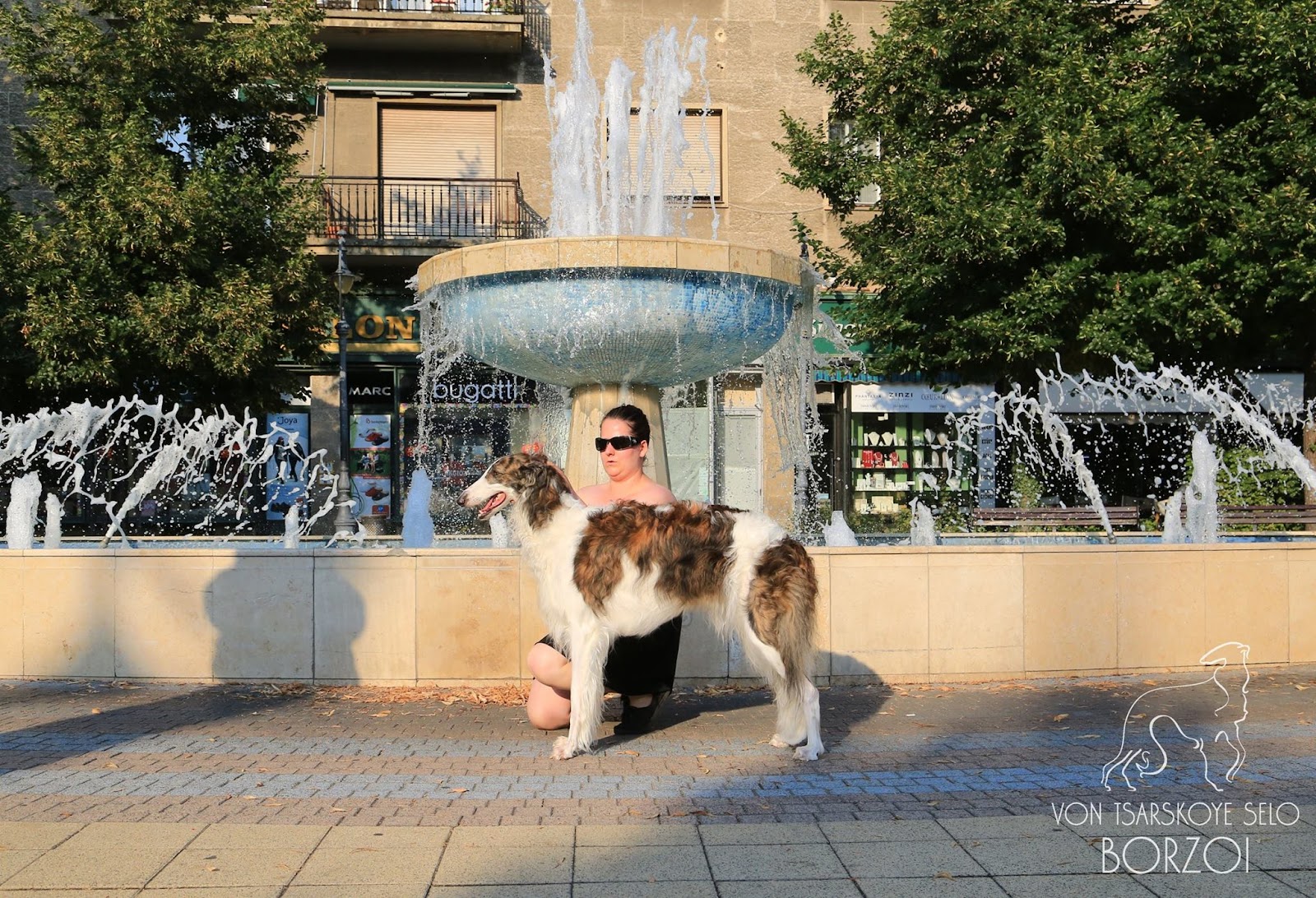 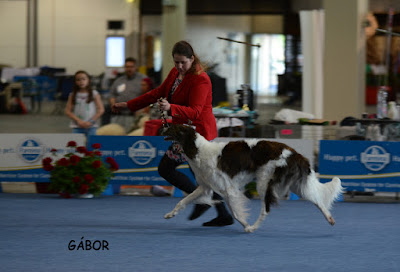